It’s Monday night as I write this, about 34 hours after completing the run, my 5th Marathon, my brothers 4th (always got to stay one ahead of him) and my Mum’s second half marathon! 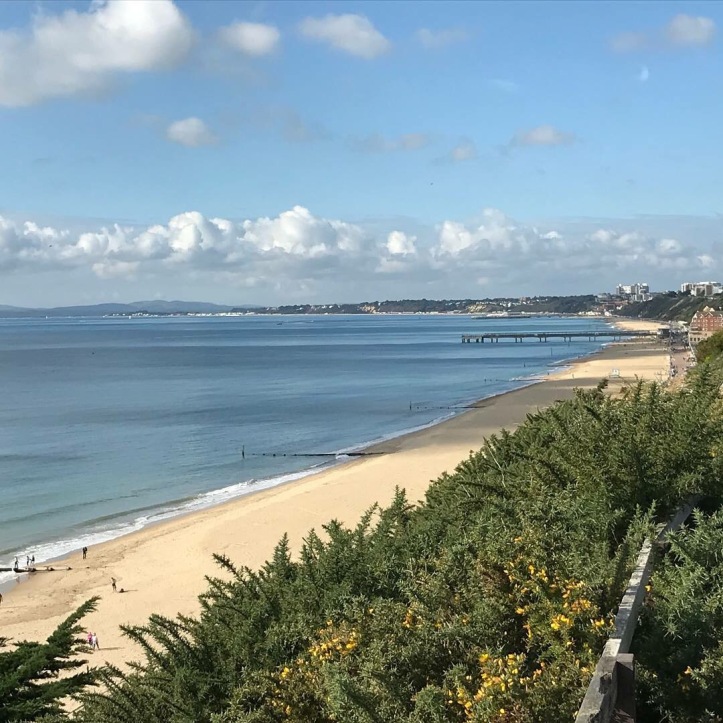 Going into the race I was a little anxious how I would perform, my training differed in that I had cycled a lot more than my previous marathons- teaching 5 cycle classes per week at Digme Fitness , the most I had ever taught alongside marathon training work. I had also had fairly ‘indulgent’ 2 week holiday to Orlando, where, although I did some running work, I didn’t eat particularly well – not much variety at the theme parks, as you can probably imagine! On top of this, I had my sisters fiancés stag do the week before, a weekend in Berlin, 16 lads, of course no beer (Pinocchio emoji needed)…….! So I was keen to get into the race and get to the challenging miles to see how I faired.
I was running my 3rd marathon in my old Asics trainers (I had brought some new trainers weeks before but decided that they were no good for me after one stupidly long first run in them), stick to what you know and all that, all be it trainers that were falling apart..

My last marathon was Bournemouth this time last year in 2016 – I got a PB that day, 4.15 – the goal was to beat that. I always say that I have unfinished business with running marathons until I have done a sub 4..!

I was running with my Joe, my brother, who 2 weeks before had completed his first half ironman. The full marathon started at 10am and the half at 8am. 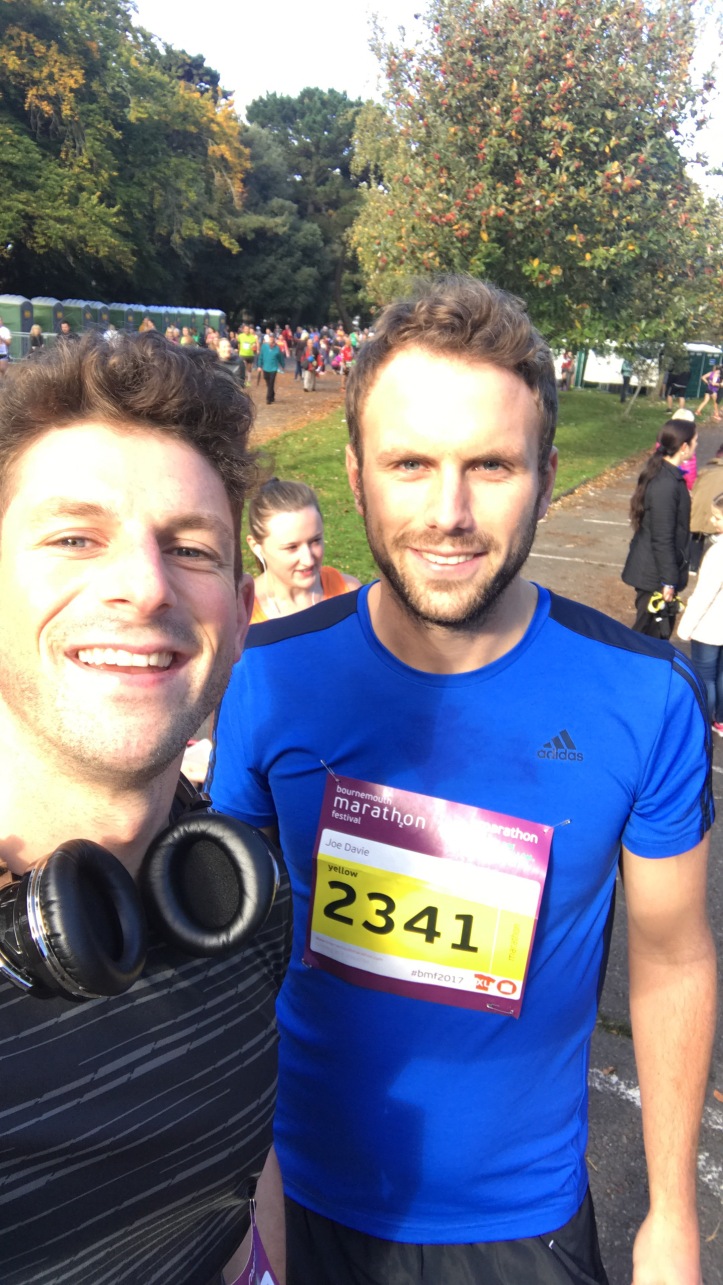 So the race started well, getting my breathing right and we were keen to find out how Mum had done in the half  – as we approached 8 miles, we had family/ friends there to tell us that she completed the half with a great time. This was her 2nd ever half and 2 in 2 years! It’s never too late to work towards a new goal/challenge…
Anyway, we continued down on to the front and back up a steep hill approaching 12 miles. At the top of the hill my Mum was there with her medal on, proud moment and a great boost running past Mum for a quick hug. 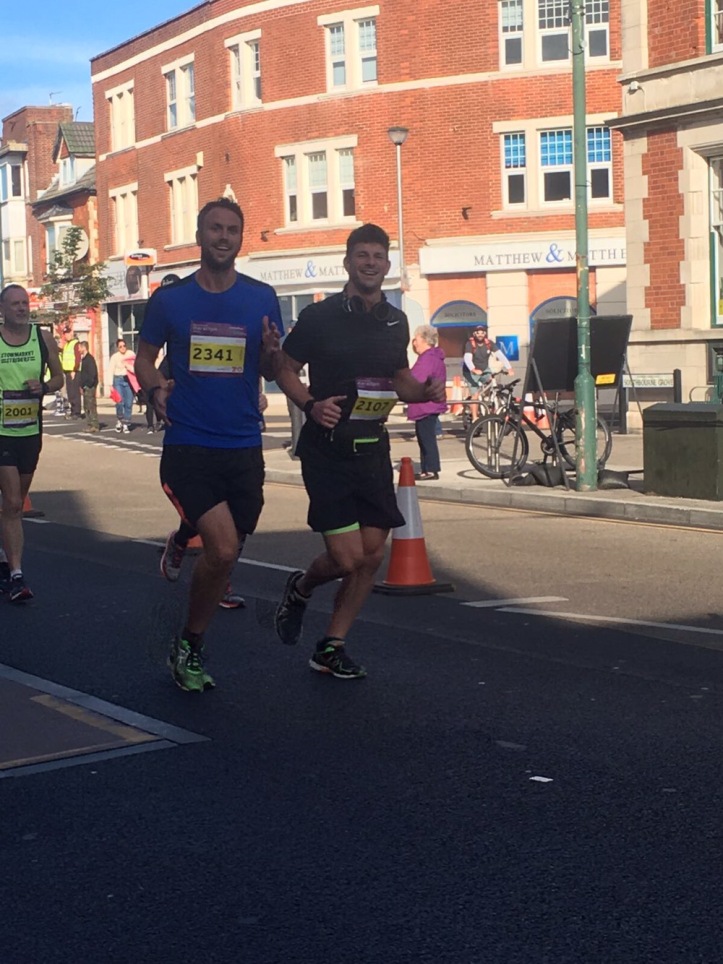 I tend to find it often takes 5-10 minutes to get my rhythm back after a steep hill – coming up to 15/16 miles I was feeling good again, 2 gels down at this point. However, my brother was struggling – I think the half ironman has taken it out of him a lot as we had been training together a lot, generally at the same pace. So much so, that at 16 miles, I continue and Joe slowed, mentally the next few miles are tough – at 17 miles, you run through the finish line and away, up a huge hill! He was ok but legs tiring and  so I went on without him.

Once through the 17 mile mark I said to myself get to 20 without music and then add it in for a boost whilst constantly checking my watch for mile splits. 20 miles came and I felt good, running well – I knew however the wall was coming – these miles are so tough and often it’s the luck, cramp can cripple you.

Luckily for me, I didn’t cramp and reached 20 miles, eventually adding music in at 22 miles, at this point I knew I was well on for a sub 4.

So I got to 24 with the help of a bit of Eminem, Stormzy and MJ and at this point my legs weren’t moving very quickly at all. I was now focussed on interval based work. The finish line was by the Bournemouth pier which didn’t look like it was getting any closer any time soon! 24 past and most of 25, I was just waiting to see the 26 mile sign – to have just 0.2 miles left.

At 26, my family and friends were there providing amazing support and this allowed me to kick on a little for a strong finish.

My time was 3.55 which I was delighted about, I beat my previous PB by 20 minutes having gone in unsure how I would do! My brother in the end finished with a time of 4.26, lots of rest and full recovery over the next couple of weeks for him now. 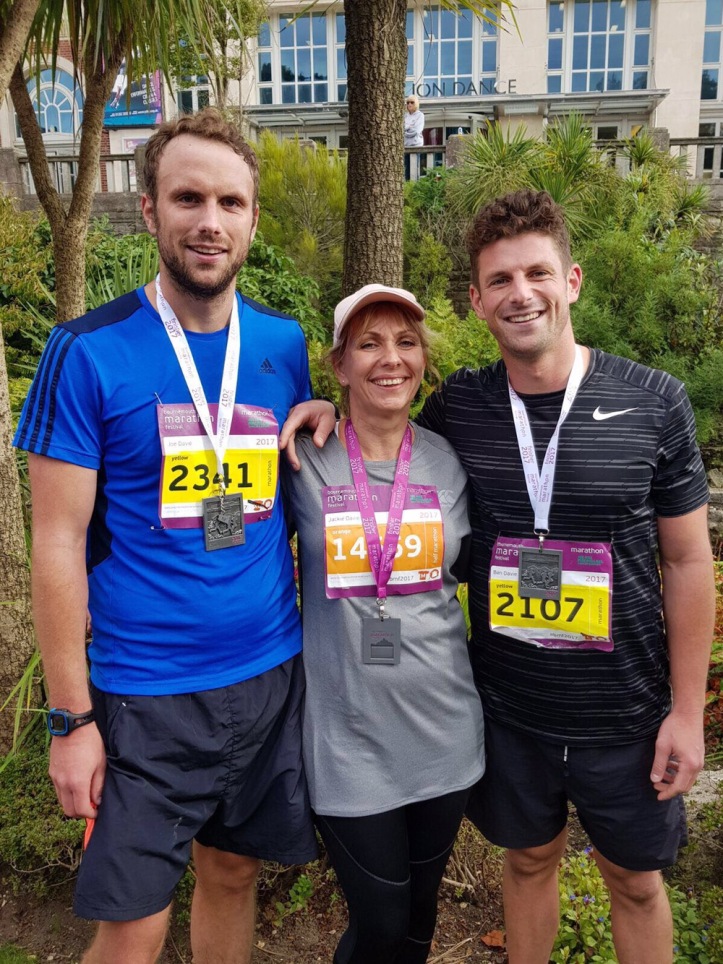 The difference to achieve my PB? I definitely think the cycling has helped me massively, giving my legs a lot more in terms of endurance and power. Cycling tends to compliment running. I have also  added a hill running session in each week which has also helped to make my running more efficient. 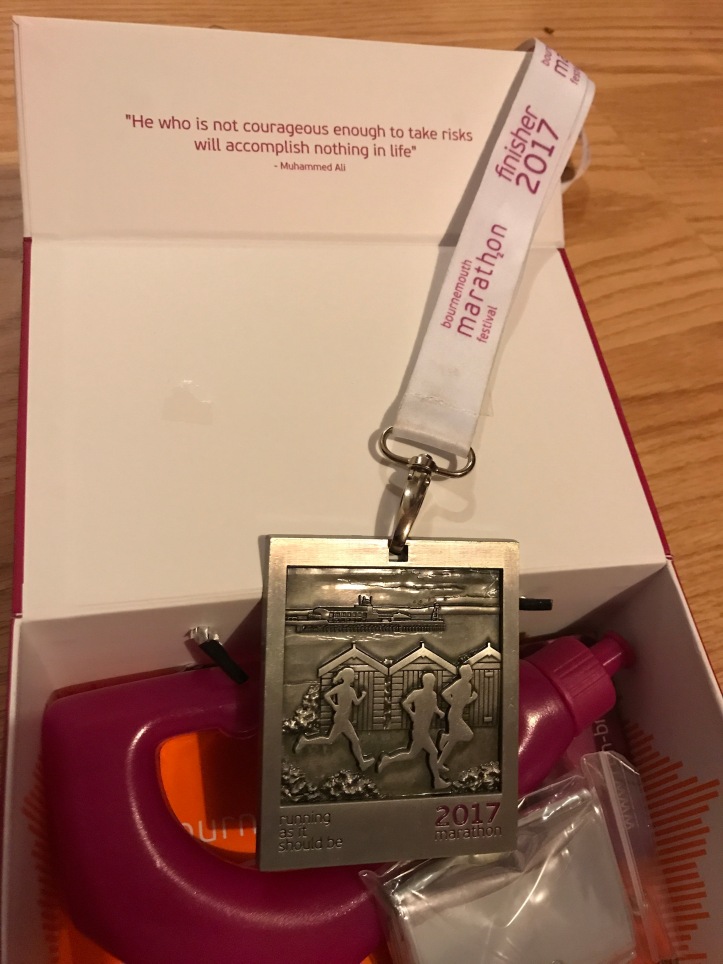 What’s next? I have booked the Hever Castle half ironman for next September which will be a big challenge and great longer term goal. This will need a lot of commitment and regular lake swimming work as soon as possible next year. In the mean time, I may just book the Brighton Marathon for April… Unfinished business – sub 3.50! Anyone else up for it?!

Here’s a lovely image of my worn trainers…

This is a text widget. The Text Widget allows you to add text or HTML to your sidebar. You can use a text widget to display text, links, images, HTML, or a combination of these. Edit them in the Widget section of the Customizer.
%d bloggers like this: